I’ve written very few articles about my personal life, but I’m starting to feel more comfortable with it. I understand that in order to connect with my audience I can’t just talk style tips 24/7. With Mother’s Day around the corner, I wanted to pay homage to my mother and tell you guys a not-so-average Mother’s Day story.

My husband once said to me, “You have such a normal family.” (That is, of course, before he really got to know us, lol.) He wasn’t there for the time before Christ. My home before Christ was rough. We grew up around chaos, with occasions of my mom going totally buck wild and physically abusing my father. In her defense, my father had three children outside of the marriage and was in jail for some parts of our lives. When he was around, he was about a half of a case of Heineken’s deep—an alcoholic, cocaine seller and abuser. My mom had her hands full.

I remember once, I was woken up with the feds screaming at my grandmother in English (she only spoke Spanish) to get up from her bed. I don’t know why, but neither of my parents were home. Although I knew she didn’t understand English, the 7-year-old me was too scared to translate. They destroyed our apartment as my grandmother and I watched. I didn’t know what was happening at the time, but they were looking for drugs. They left the apartment that day with big black garbage bags and my grandmother sobbed.

My mother was a teenage mom–she had me at just 17 years young. When I really let that sink in, it’s wild! She raised us to be good and humble people. Her mother died when she was just 9-years-old and her father was in and out of the picture. My mother was born in The Dominican Republic and migrated to this country at the age of six. When I was 21 and I visited the very house where she was born, I was so humbled and proud. It was a little wooden shack on a dirt road with a “letrina” — the true meaning of growing up poor. I had been to her village when I was a kid, but it wasn’t until I was a young adult that I truly appreciated what she came from. Meanwhile, In America, she had made a career for herself and bought a house, and we had nice clothes on our back. She got us out of Washington Heights and into the suburbs of New Jersey, all while practically being a single mother since my father was in and out of the picture.

My senior year in high school, I had met my first love, and when he dumped me right before prom, I was devastated and dateless. Life was over.  I would lock myself in my room and cry for hours while listening to The Backstreet Boys. Amidst the teenage breakup drama, I heard my mom on the phone. “You cannot do this to her,” she was saying. “Please. You guys will go to prom as friends.” Then, she came into my room and told me she fixed it. That is my mom — she’s always fixing everything for me.

She was an impoverished immigrant, mother-less child, a teenager dealing with a vile relationship and had young children under her care. How does someone who seemingly has everything going against her become such a good mother? She is a testament to the fact that you control who you ultimately become. My mother fought tooth and nail to make sure we got an education (the first and only in her family to have all of her children graduate college). And let me tell you…that alone was not an easy task. I disliked school, I never had the best grades, I couldn’t focus throughout my entire academic career. But she never gave up on me. She had meetings with my teachers, helped with my studies and pushed me and told me I was smart. By my senior year, I was actually an honor roll student –I couldn’t have done that without her. 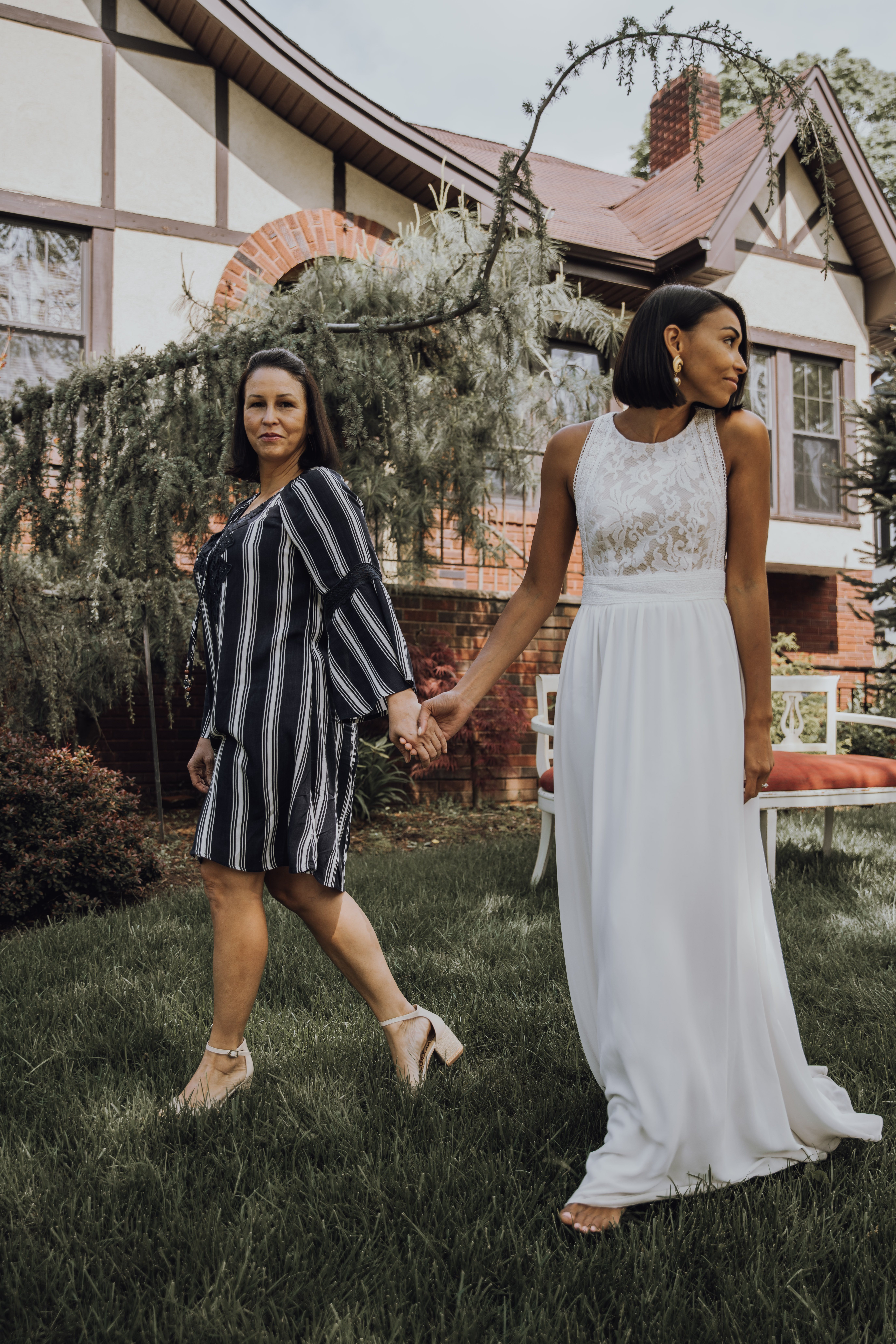 How did I get so lucky?

I came home from university one day to my aunt and the police looking for my mother. Her car had been in the driveway, she hadn’t reported to her office for work, her cell was in the house. The police did one last run through of the house before we were to fill a missing person report. Then I heard the policeman yell, “She’s here!” What? How could she have been there when all those hours we had been searching for her, what was she doing? But there she was, woozy and almost lifeless, on the stained hardwood floor, in a sliver behind her bed. She’d been unconscious the whole time. She had taken a bunch of pills to end her life. She had a brother who had successfully committed suicide, and she would be next. Now that I’m older, I understand the severity of her depression. Here was a woman who had truly taken a beating from this life and then all she had left was God. Thank God.

She was taken to the hospital where they had to pump the drugs out of her system and committed to Bergen Pines (a mental institute) to be evaluated.

My mother was baptized at the Seventh-day Adventist church probably a year later and my father followed soon after. My life since has never been the same. After Christ, my parent’s home is my sanctuary.  We have pretty normal and love-filled dinners together on birthdays and holidays (with the occasional disagreement). My mom is a stay-at-home mother and grandmother, while my father runs a successful construction company. Until this day, I can go over any day I want and find a home cooked meal (I could never cook like her). It’s such a treat.  As a family, we’ve come a long way, and we owe it all to her.

This is so cliché to say, but she is really is the glue that holds us together. All of the years of putting us first, and finally she nearly broke. And our family was broken into a million tiny pieces and once she healed herself, she took the time to mend us together.

I used to think my mother was weak because she took all this crap from my father and stayed with him. My female empowerment self could never! I have a tendency to run away when things get hard because I am, “strong.” I asked her once, “Mom, why did you stay?” She said, ” I did it for you guys. My family is the most important thing in my life, and I had to fight for it.” My mother is a true testament to many of my life lessons. Because of her, I understand that family is indeed everything.

She gives and loves beyond her heart and wants nothing in return. There are so many more incredible stories I can share. How she has adopted Morelia, a teenage immigrant who ran away from her country to America. Morelia has no papers or money but my mother has taken her in to give her a better life. When she told us that she would be adopting Morelia– she said, “I could not peacefully sleep at night knowing that God has put this child in my path and I simply closed my door.” Morelia has been with her for a few years now. She’s my little sister who’s about to graduate from high school. My mother is currently planning her big graduation party and helping her apply for college.

Anyone that needs somewhere to stay has a place at my mother’s. We joke and call her house a hotel.

There were times my mother told me she felt like she was a bad mother, yet here I am praising her. Before I published this I warned her: “Mom this story shares the good, the bad, the ugly… Are you okay with that?” She replied, “Yes, why not? I hope there’s proof of what God has done. It is important for people to see our change through Christ and that there’s hope.” My parents have been together for almost 37 years now, and despite my father’s past, he’s the best father and grandfather I could ask for.

Here are some REAL memories with my mother, scroll through! 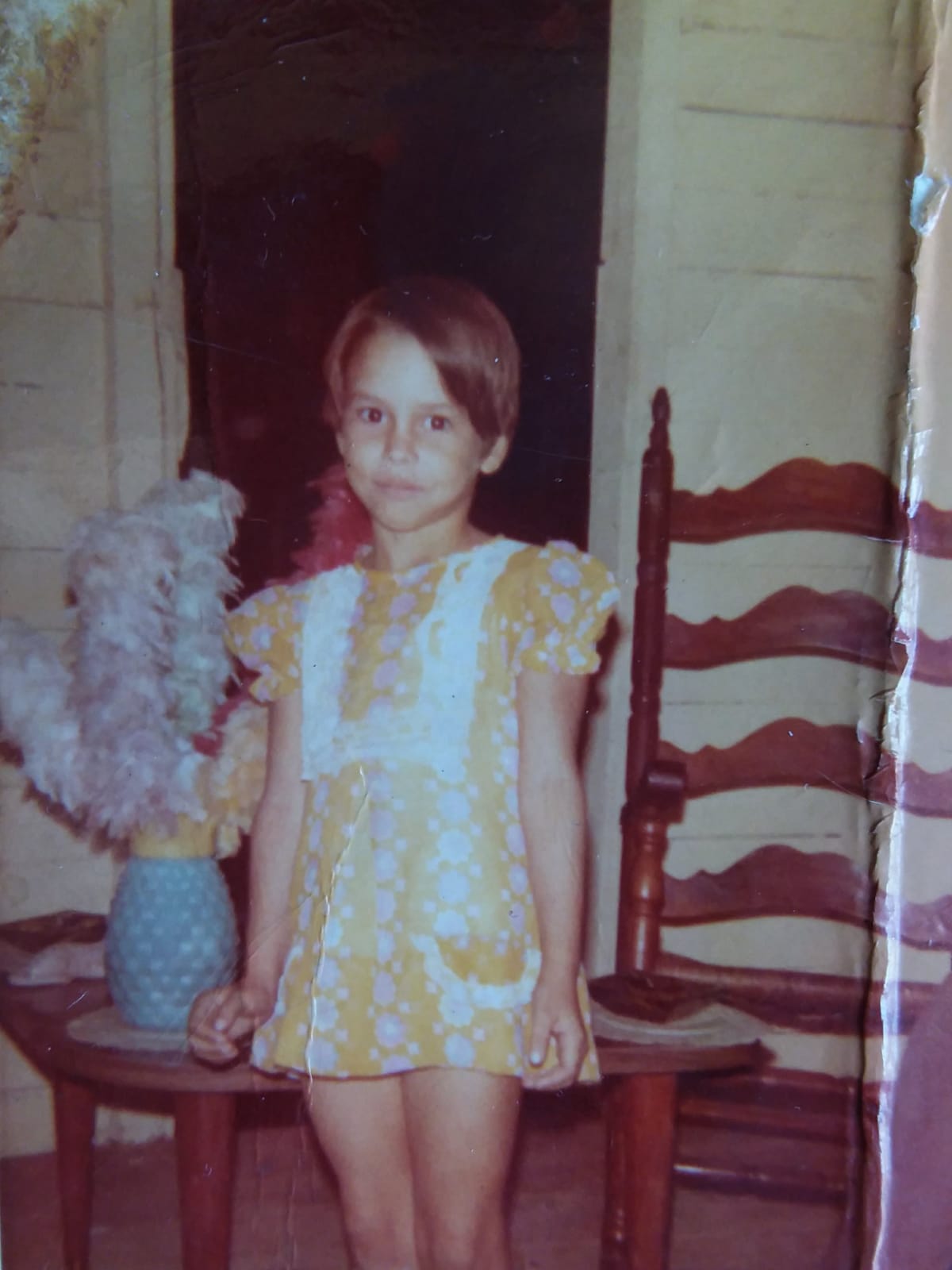 My mother’s only photo of herself as a little girl 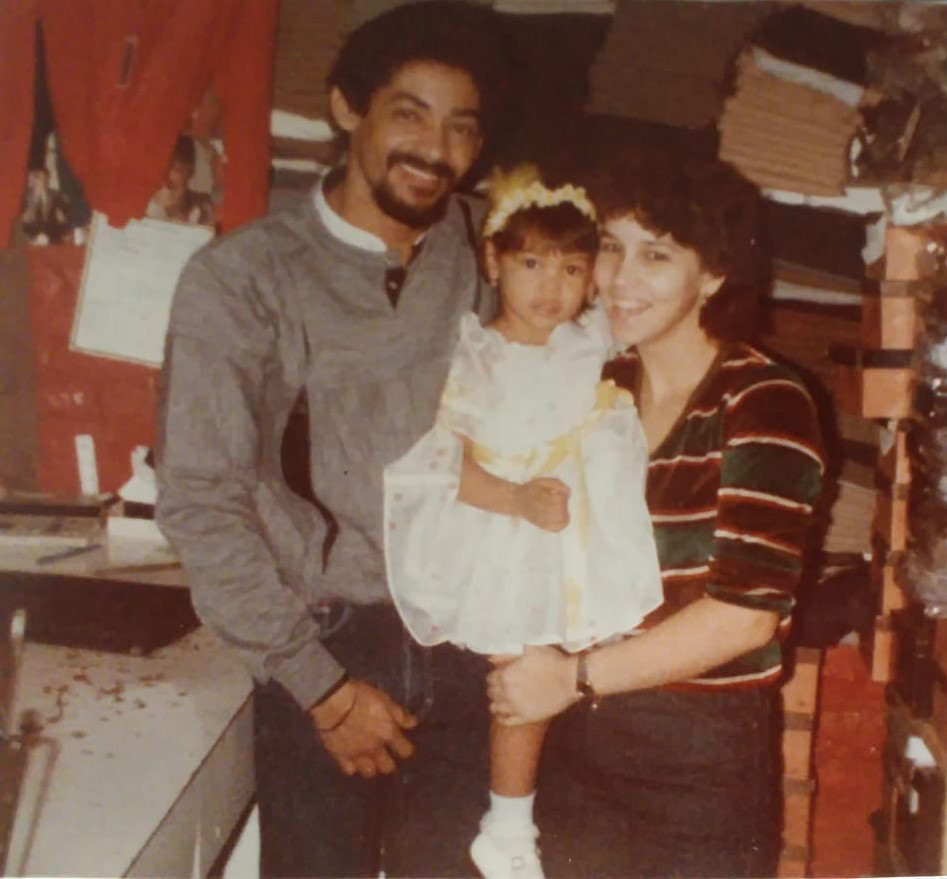 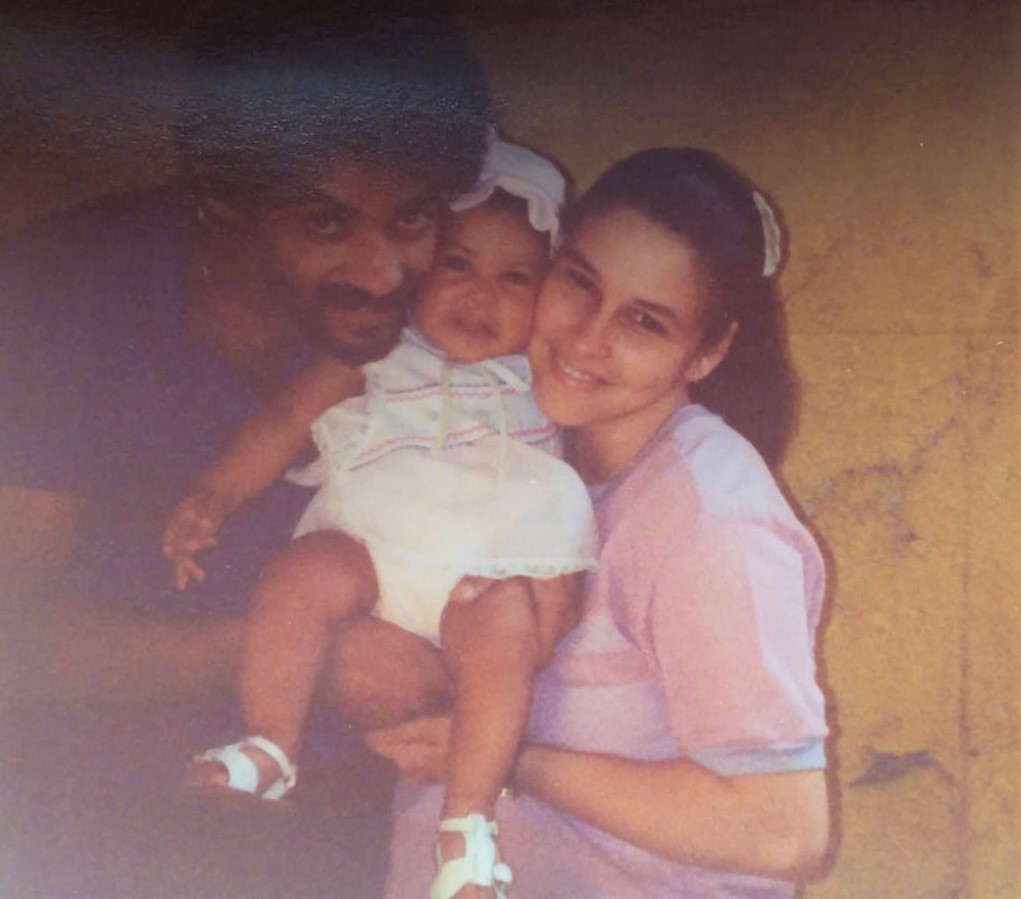 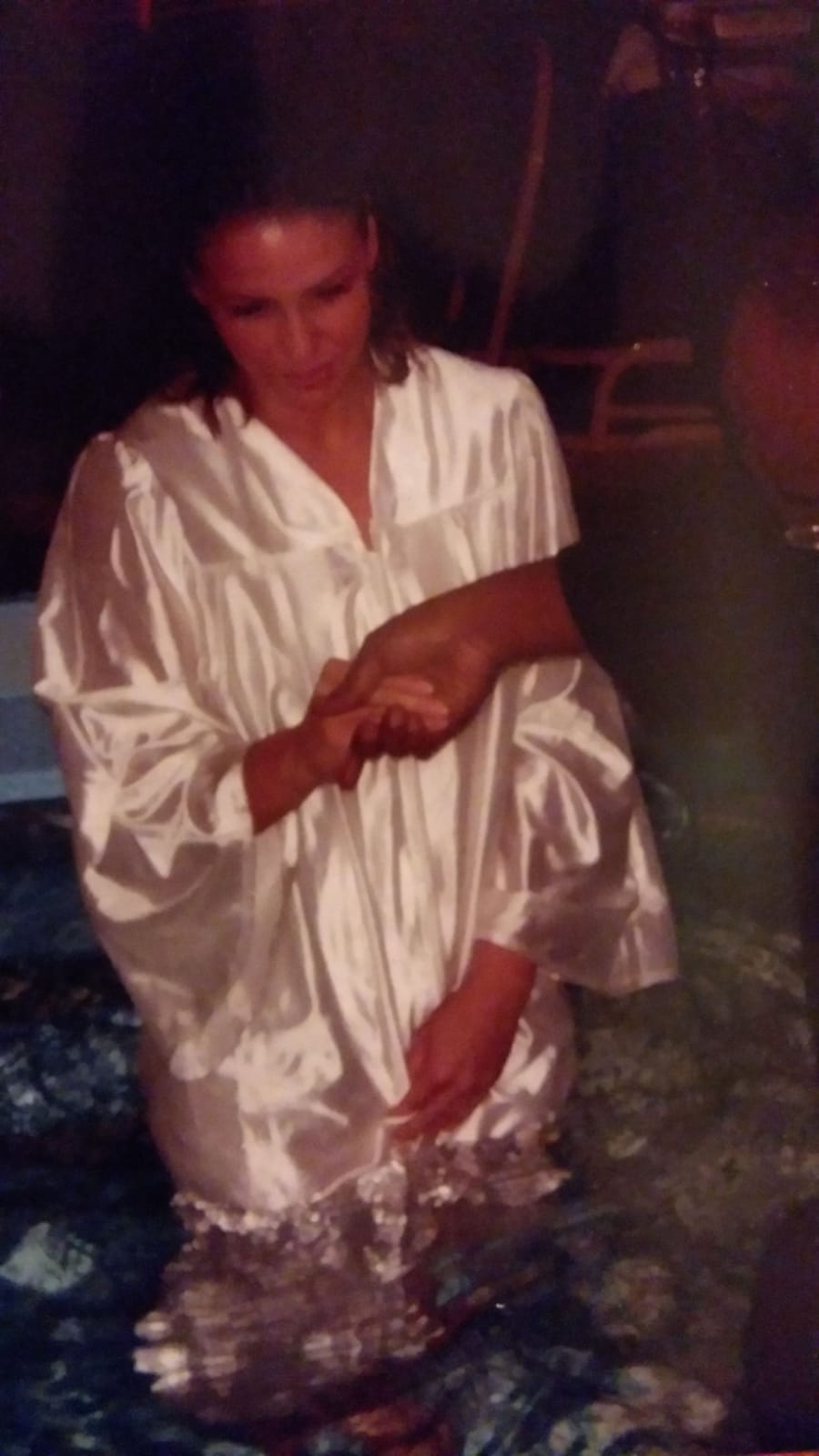 My mom being baptized 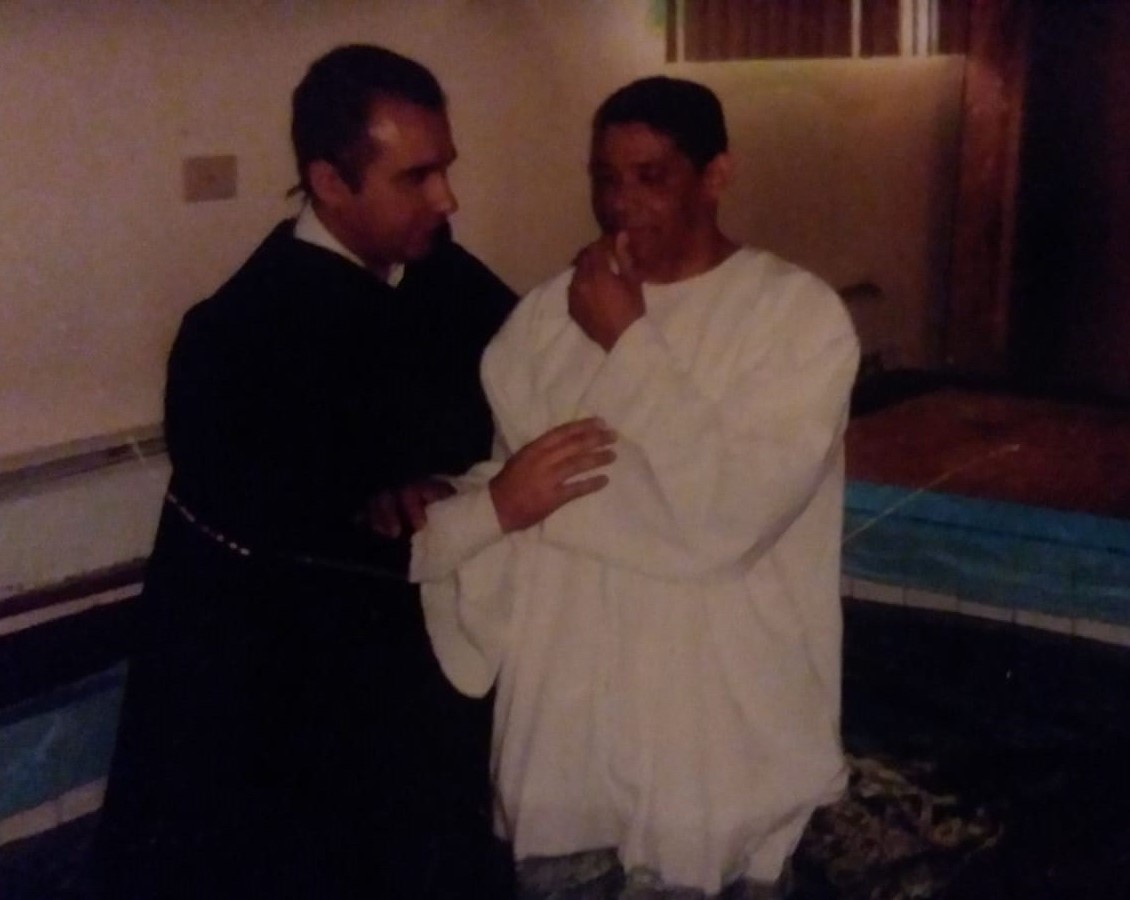 My father being baptized 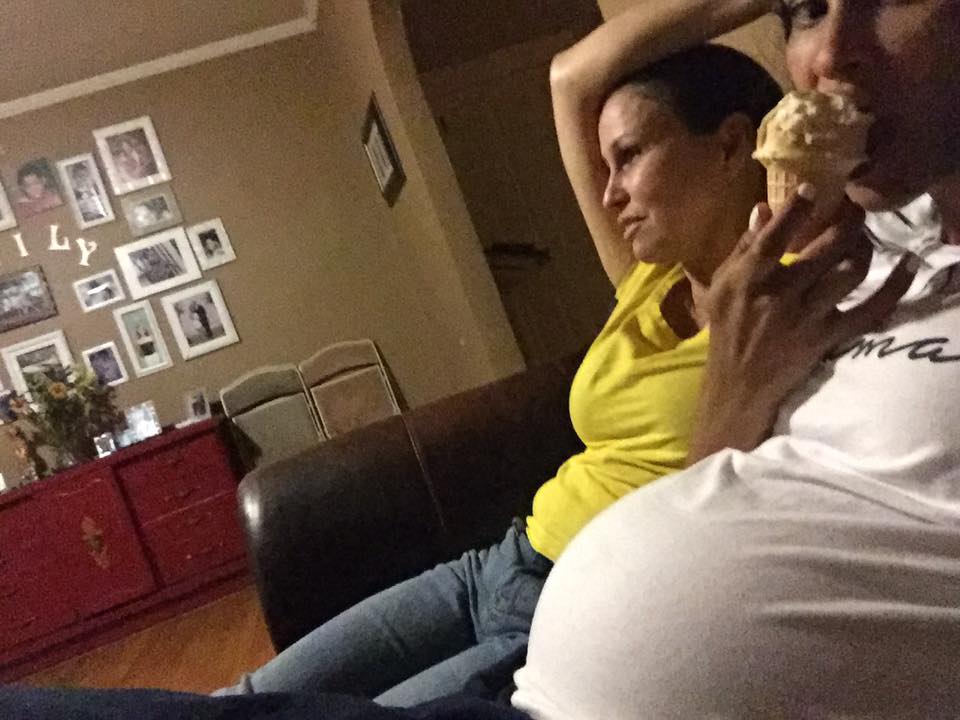 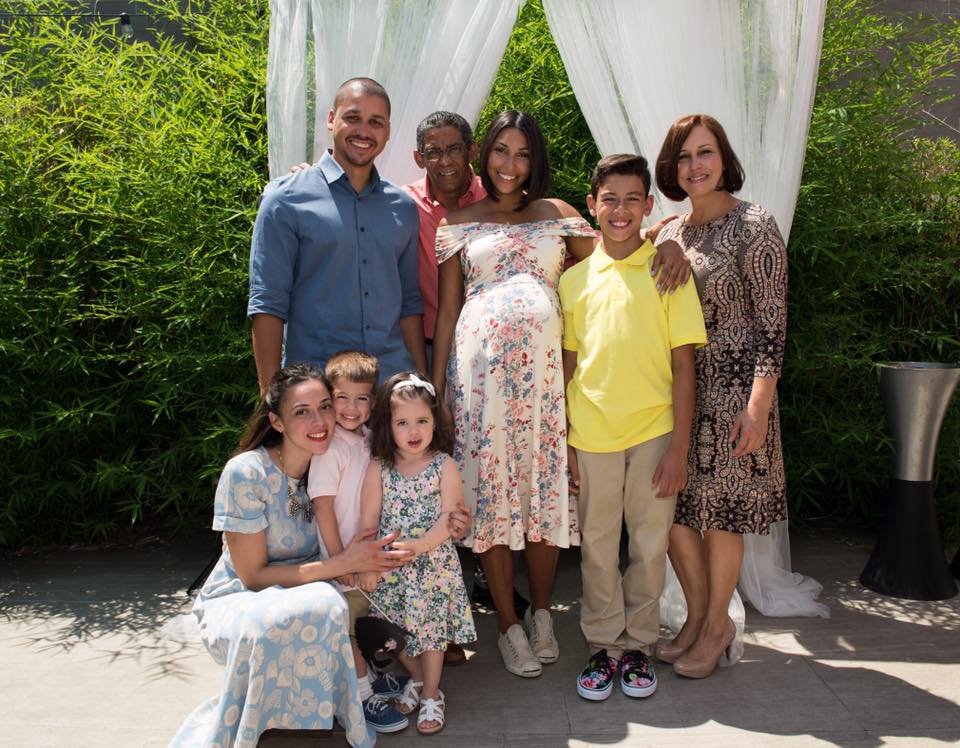 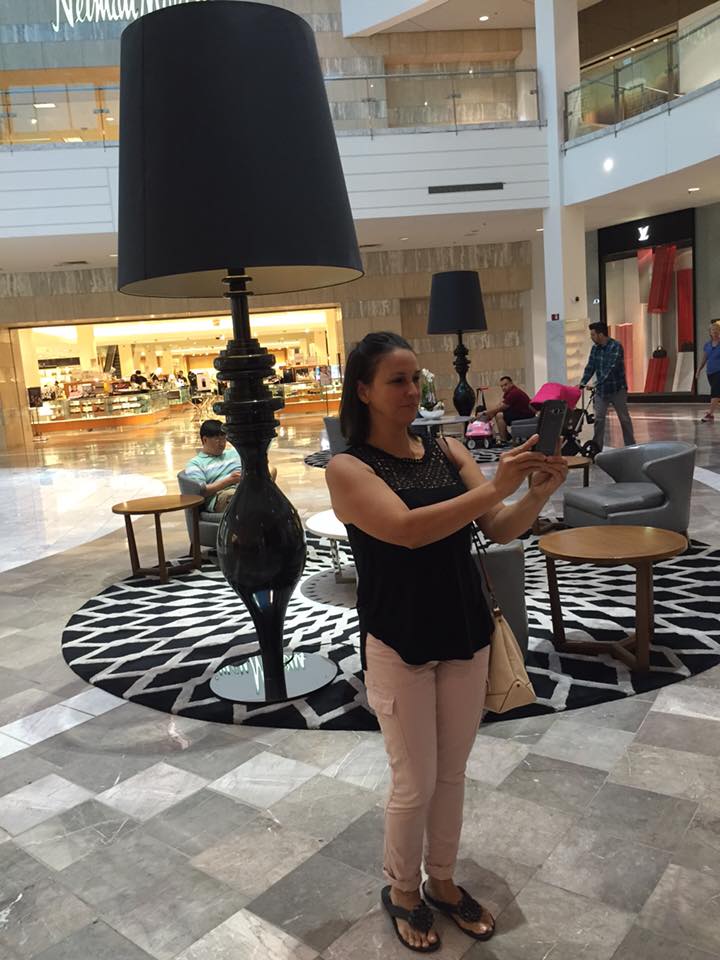 Caught her taking a selfie at the mall lol 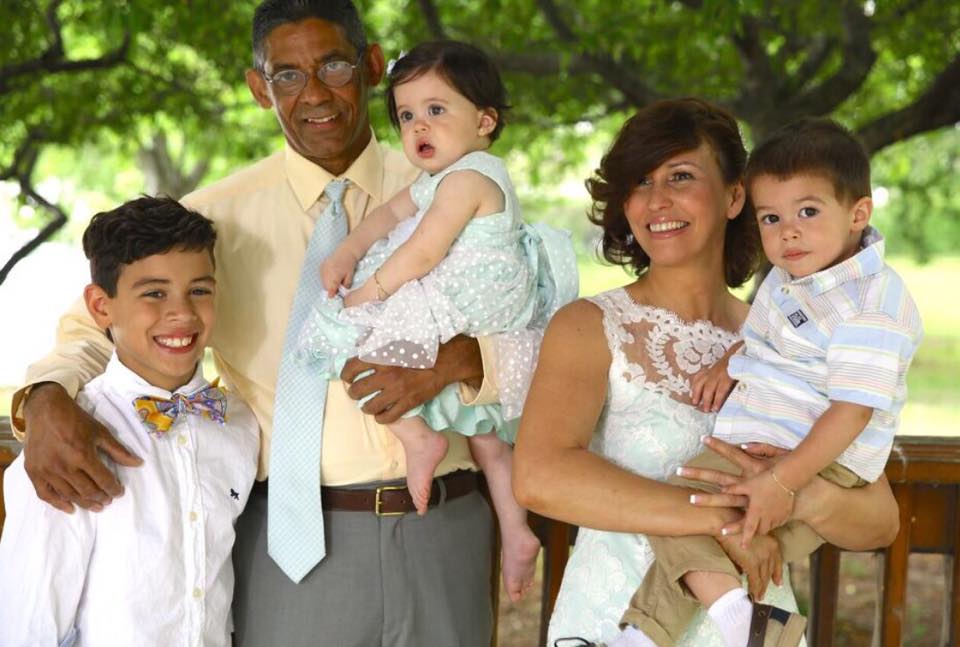 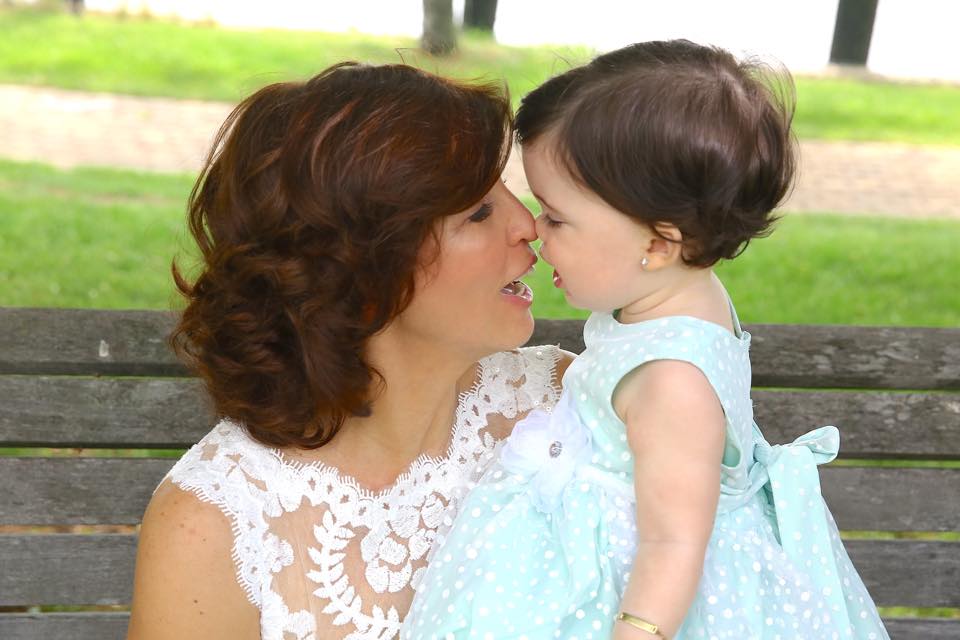 With her only grand-daughter, Adriana 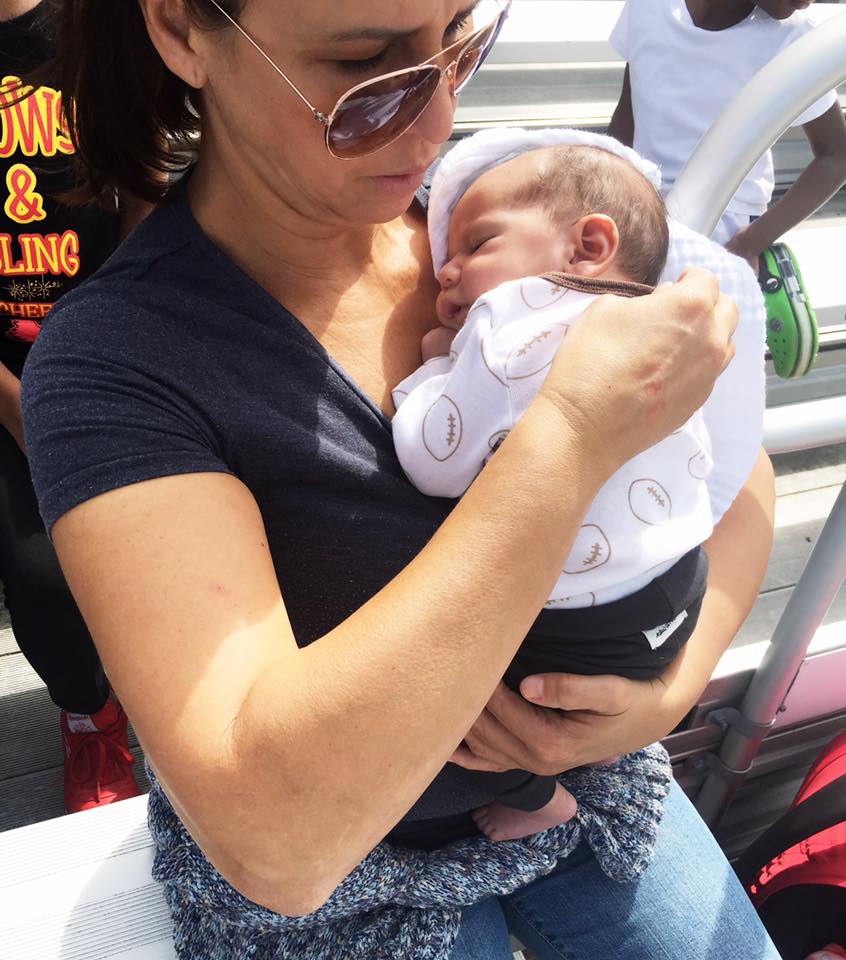 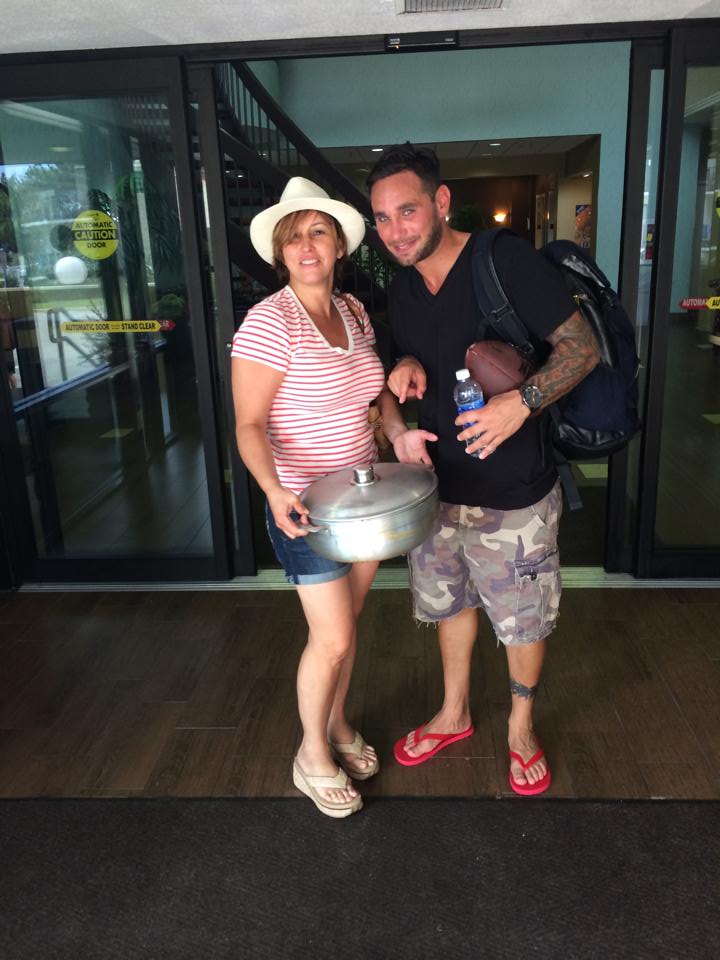 She brought that pot to cook on vacation! lol